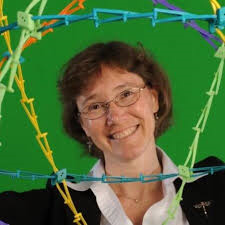 Dr. Laura Bottomley directs The Engineering Place for K-20 Outreach at North Carolina State University. She is also a Teaching Associate Professor in the Colleges of Engineering and Education at NC State University and the Director of Women in Engineering.  She has taught every grade K through graduate school and has reached close to 200,000 students. She has received awards from the White House twice for her work.

In her role as director of The Engineering Place at NC State, Dr. Bottomley and her colleagues reach more than 20,000 students, teachers and parents each year with programs including summer engineering camps for K-12 students, programs that send undergraduates and graduate students into schools to work with K-12 students, and professional development and classroom support for K-12 teachers who want to introduce engineering concepts to their students through integrated STEM.  She and her colleagues lead teacher workshops in STEM around the State.

In 2009 Dr. Bottomley was selected for a Presidential Award for Excellence in Mathematics, Science and Engineering Mentoring by the White House Office of Science and Technology Policy and by the Educational Activities Board of the IEEE for an Informal Education Award.  She was also inducted into the YWCA Academy of Women in 2008 for her contributions to eliminating racism and empowering women. In 2014 Dr. Bottomley was named a Fellow of the American Society of Engineering Educators and in 2015 a Fellow of IEEE.

She was featured in an ad that launched during the 2016 Super Bowl, which can be found at:

and a second clip at: